90,000 Israeli Holocaust survivors will live on little more than bread through the eight days of Hanukkah. They endure the same hunger and loneliness they experienced as children in the camps, fortunately there is a way for Christians to help.

Malnutrition among survivors is severe. Eating irregularly, skipping meals because the government's meager stipend isn't enough. Their diet is below their nutritional needs, causing childhood illnesses to return as hunger weakens their bodies. Living in loneliness, fearing for their next meal, they face their last years without peace or wholeness.

Founded in 2003 Leket Israel brings food to undernourished Israelis. Our name comes from God's commandment of "Leket" (Glean), to allow the poor to eat the bounty of the fields. Today we work with farms, IDF bases, others in Israel to provide food to Israeli Holocaust survivors. The 200 non profit organizations we provide food to also nourish them emotionally, giving them a chance to be with others, alleviating their isolation. 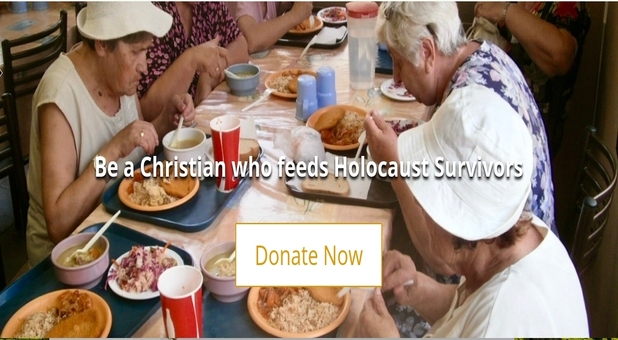 We have been highlighted by Christian broadcasters like CBN, TBN and Daystar. Jerusalem Post covers us for our integrity and efficiency.

Feed a Holocaust survivor this Hanukkah, and we will send you a special digital Hanukkah Blessings Guide for Christians to give you a better understanding of this Jewish holiday.