Editor's Note: We are including in this article some photographs of former President Donald J. Trump's final moments at Joint Base Andrews, Jan. 20, 2021, before departing for his Mar-a-Lago estate in Florida. All photos courtesy Jon Hamill.

When Donald Trump first appeared on the scene as a presidential candidate, I didn't like him. First, he had no history of being the conservative he claimed to be.

In fact, as a New York businessman, he had expressed liberal views on abortion, and he had basically lived a hedonistic, playboy lifestyle. Secondly, I didn't care for his name-calling of fellow Republican candidates.

In the GOP primary, I voted for Sen. Ted Cruz of Texas. But it became clear as the primary season went along that a majority of Republican voters were attracted to Trump's "Make America Great Again" message, and he was going to be the nominee. What to do? 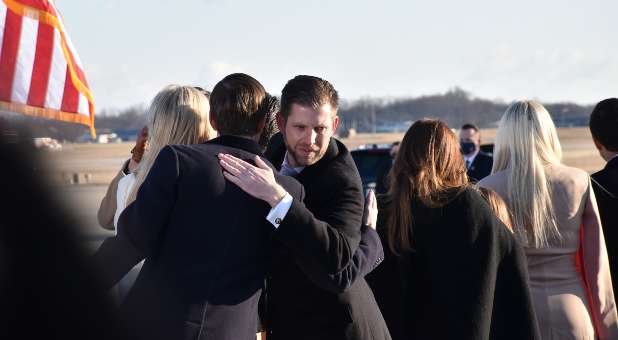 At that point a lot of conservative leaders—understanding what an unmitigated disaster Hillary Clinton would be for Christians and conservatives—decided to see if we could be a positive influence on Mr. Trump. And to his everlasting credit, he also reached out to us, a people he had never had any identification with, to see what we had to say about the important issues facing our nation and discover where we had common ground.

The big event, which ultimately led to a monumental outpouring of support for Mr. Trump, was a gathering of over 1,000 leaders at a hotel near Times Square in New York City in late spring 2016. The two gentlemen most responsible for putting this all together were Dr. Ben Carson and Gov. Mike Huckabee.

Candidate Trump went on to select Gov. Mike Pence, a conservative Christian of Indiana, as his running mate. But the most important promise Trump made to our movement was to name judges and justices who respected the U.S. Constitution and who would not legislate from the bench. That has been the biggest problem with our country in the last 50 years in my view. And boy, did he deliver on that promise! 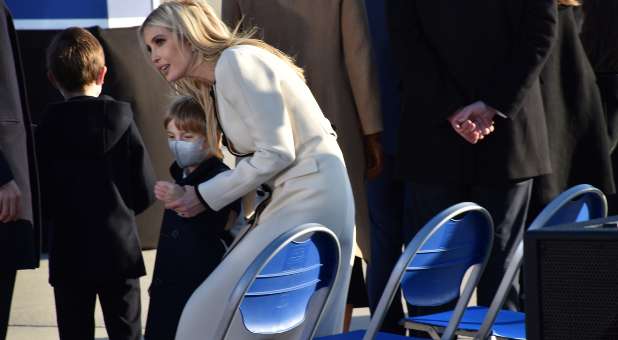 Ivanka Trump with her children

Even the liberal New York Times said this on Oct. 31:

With three Supreme Court Justices and 25% of the federal judiciary now made up of Trump appointees, according to data from Russell Wheeler, a judiciary expert at the Brookings Institution, the president has been more successful on this campaign promise than perhaps any other. His campaign boasts that he has flipped the balance of three federal appeals courts and shifted nine appeals courts to the right. His nomination of Justice Amy Coney Barrett in the weeks before the election could reshape abortion rights, immigration law, and the government's regulatory power.

Having four years now to watch the Trump presidency, I have to say I am so glad I was wrong with my skepticism. No question, he still had his tweets that I thought were beneath the office of the president. And you are never going to agree with every decision a president makes over four years.

But still—despite being attacked all day, every day (mostly based on lies) by the liberal media, Hollywood, international leaders, Democrats, communist China and even some Republicans, and having to contend with resistance from the deep state—I have to say the man delivered on so many of the promises he made to voters in 2016. Especially those that were within his control.

As I reflect on these last four years, I think about how good the Lord has been to give Christians a true friend in the White House. Mr. Trump has been awesome on the life issue, religious freedom, standing up for the goodness of our country, bringing back patriotism and fighting boldly against the socialists and "progressives" who want to fundamentally and radically change our republic by destroying our Constitution, removing our borders, outlawing Christianity and making us subservient to a globalist agenda. 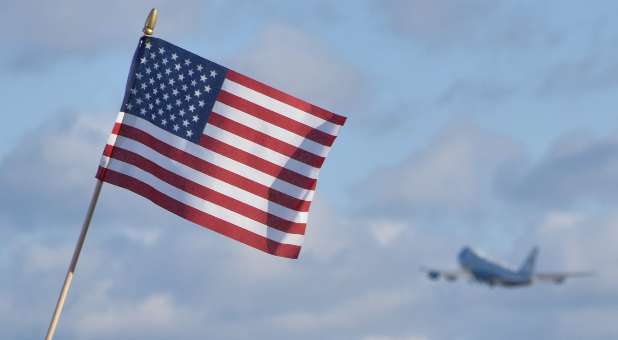 Thank you, President Donald Trump. May God be with you and your family.

For more than 40 years, The American Family Association has operated within the mission to inform, equip and activate individuals to strengthen the moral foundations of American culture and give aid to the church here and abroad in its task of fulfilling the Great Commission. Visit AFA Action Alerts here

This article originally appeared at afajournal.org.